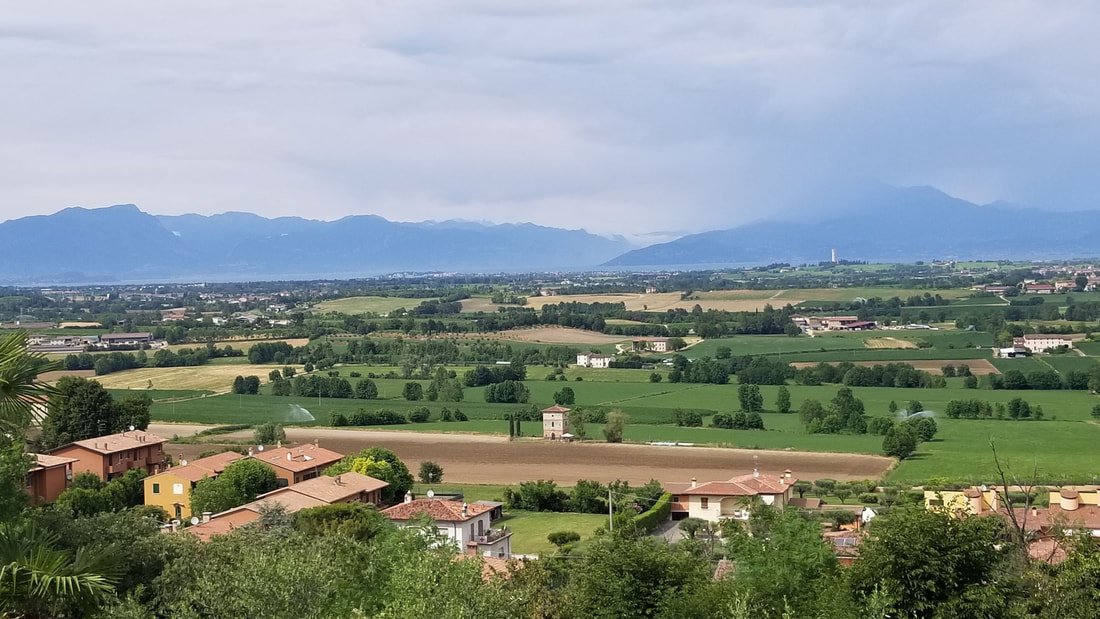 "Find the Henri Dunant that is in you" ~ Francesco Rocca, President of the Italian Red Cross and the International Red Cross and Red Crescent Societies

"The square of Solferino crowded with choirs and colors. The church where the women of Solferino treated the wounded whatever their origin, with water (little) and love bindings. The torches with its acrid smell. The fields and streets where they consummated a slaughter become the largest party of the Movement in the world. If the souls of the fallen could speak, they would have sung with us ... bitterly partakers of having contributed to all this. "Cristian Bacci - Trieste

Chris Spalding, Division Partner - American Red Cross, Service to the Armed Forces (Read the full story here)
"I have been part of some pretty remarkable experiences in my life. World shaping, humanizing, dehumanizing, intimate, global, outrageous, precious, important and life altering events. However, I was not prepared for how deeply effected I was by Solferino and the Fiaccolata.
To be among thousands of selfless humanitarians from 60 different countries and share an historic occasion left me electrified. To walk shoulder to shoulder with people who have not only given of themselves but have had to receive aid and support in troubled times was immensely moving. To stand in the place where Henry Dunant so bravely and adamantly inserted his values and regard for human life 159 years ago was inspiring. To feel the love, respect, devotion, courage, determination and warmth from total strangers who are actually family nearly crushed my heart with joy."

This UNOFFICIAL ARC website is provided as a resource to our American Red Cross volunteer community.  It is maintained by ARC volunteers who are not responsible for, and expressly disclaims all liability for, loss of any kind arising out of use, reference to, or reliance on any information contained within the site.  While every effort is made to diligently and periodically provide updates, no guarantee is given that the information provided in this website is correct, complete, and the most current.  Although the website may include links providing direct access to other Internet resources, including websites, ARC volunteers maintaining the site are not responsible for the accuracy or content of information contained in these sites nor does the Team necessarily endorse the views expressed within them.  By using this website you agree to the exclusions and limitations of liability stated above and accept them as reasonable. Do not use this website if you do not agree that they are reasonable.